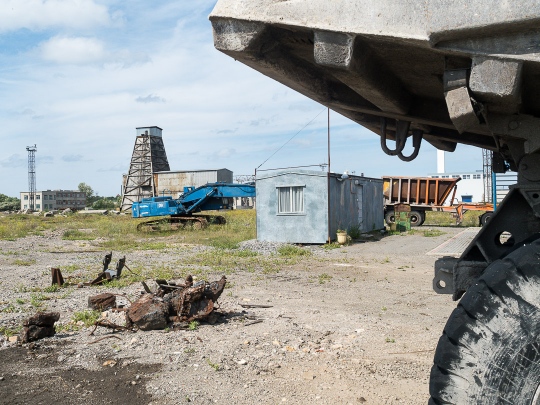 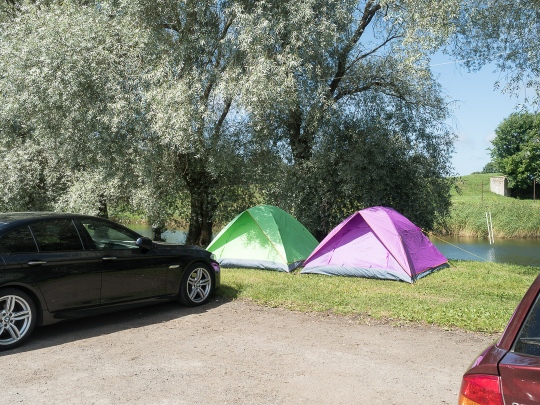 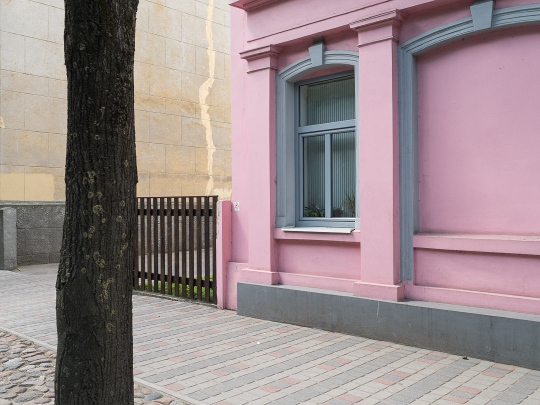 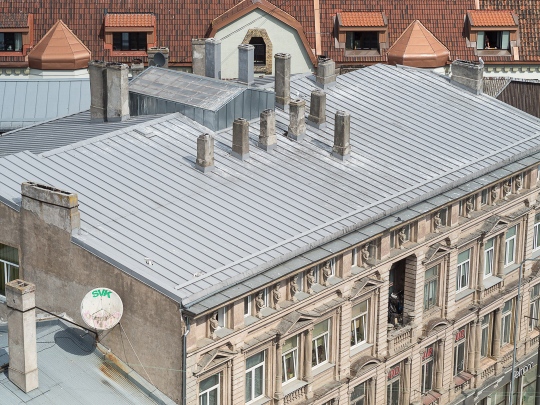 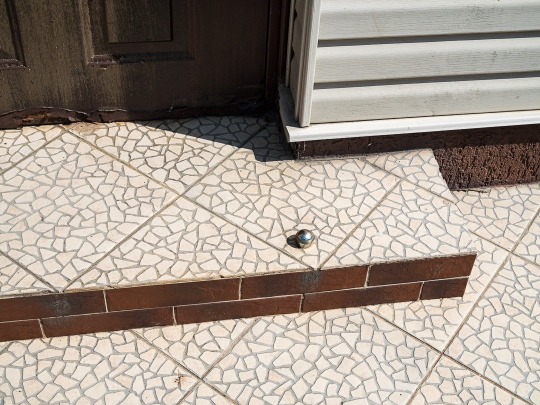 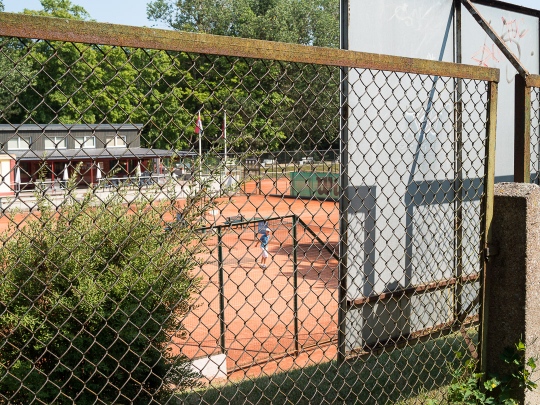 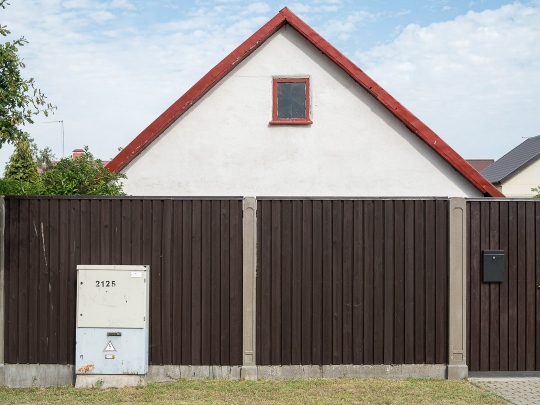 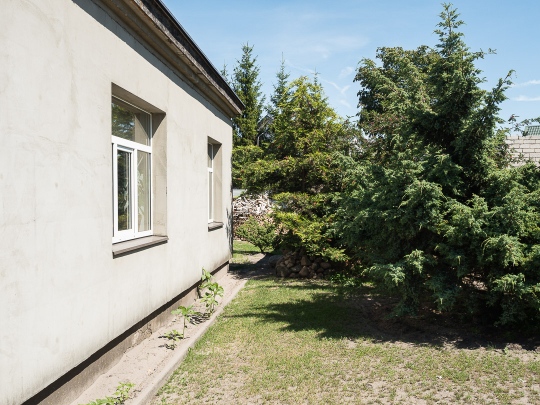 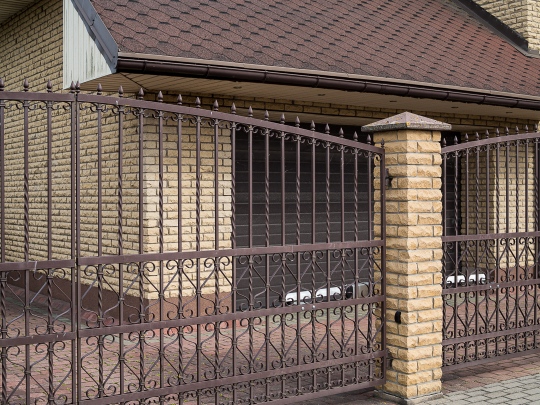 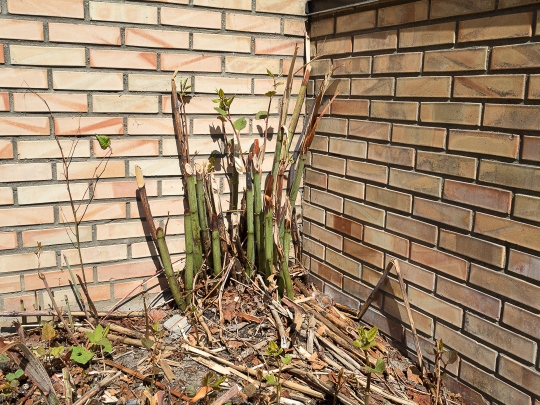 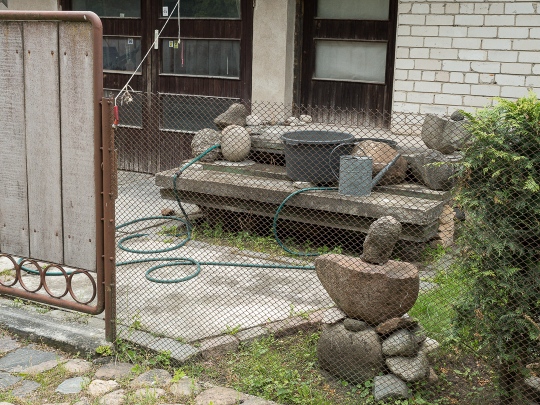 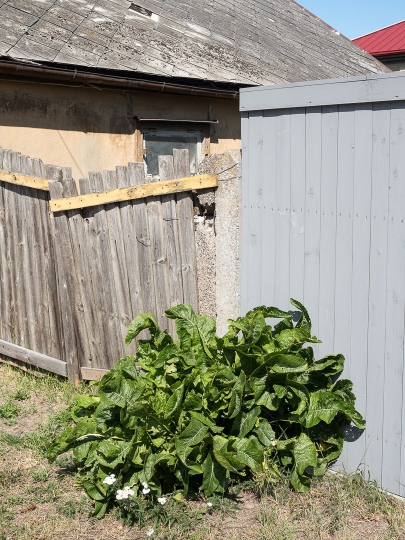 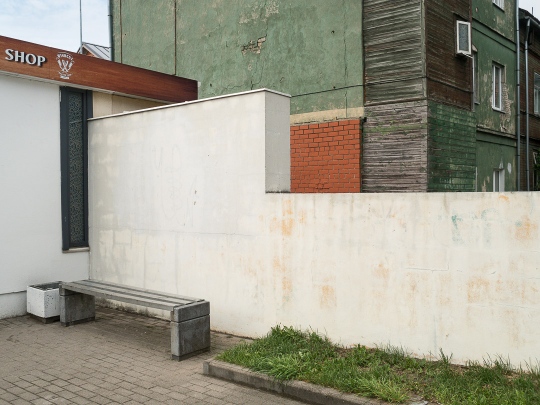 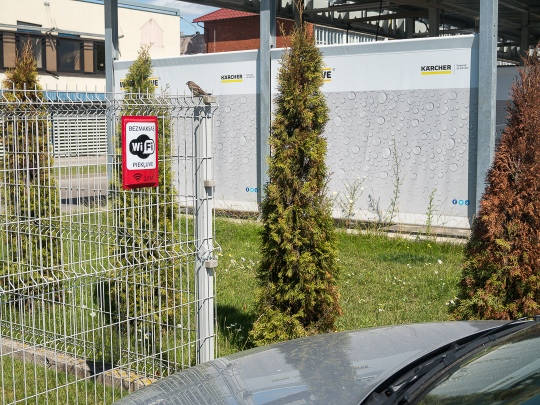 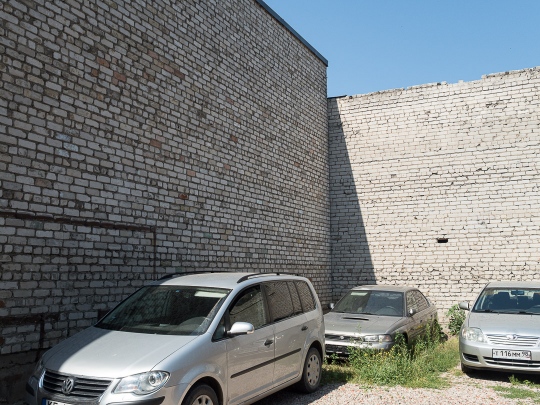 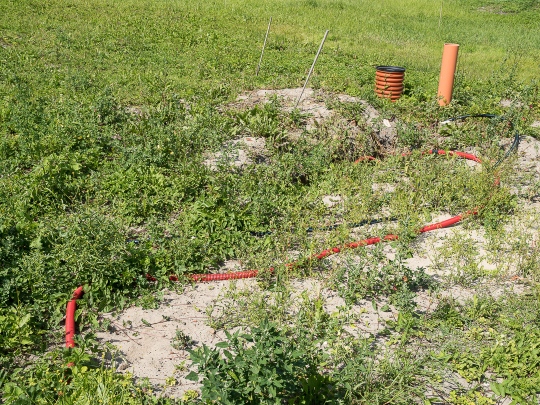 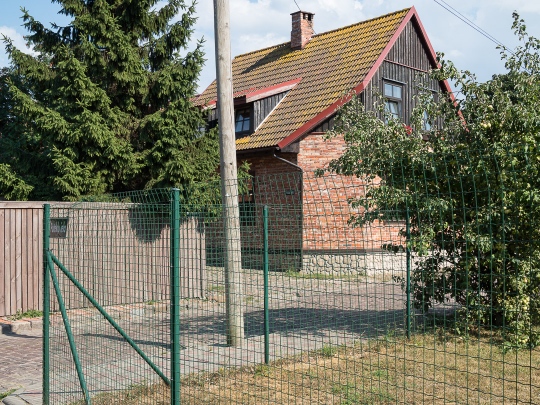 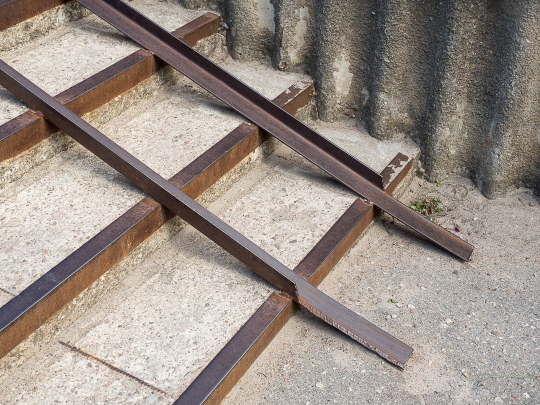 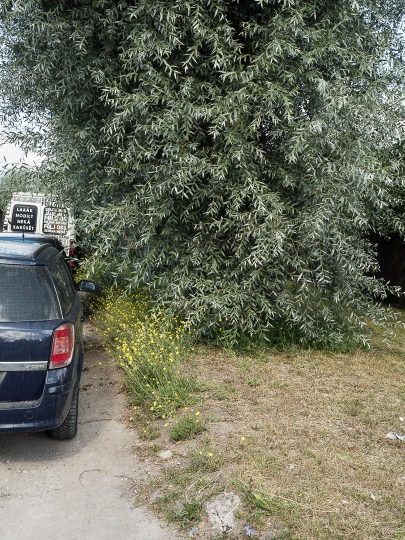 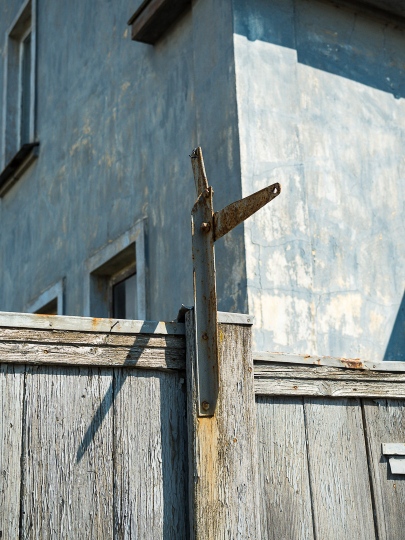 I had spent fourteen summers in and around Liepāja, slowly digesting the aesthetics of the city, yet it was only in 2017 that I began working on a photographic series dedicated to Liepāja. I was first drawn into the city centre, then gradually extended my walks into the surrounding residential areas, trying to translate the teasing street views and curious self-made details into a two-dimensional format: colourful, flat pictures.

Situated on the west coast of Latvia, Liepāja was one of the key points on the Soviet Union’s western borderline. It has been a significant city with its naval base, year-round ice-free port, railway connections and industries—specifically the steel industry, which used to be a major employer and the worst polluter in the whole of Latvia. Since the dissolution of the Soviet Union in 1991, the population of Liepāja has decreased from approximately 114.000 to fewer than 70.000, which is a substantially larger decrease than Latvia’s 26% national average. The impact of the bankruptcy of Liepāja’s steelworks in 2013 was felt nationwide.

For the most part, my strolls with the camera happened in a siesta-esque atmosphere under a roasting midsummer sun during afternoons and early evenings. Sandals and a brimmed hat were my best companions. I often wondered to myself: has everyone gone to the beach? Am I shrinking or are the fences around houses really growing higher year by year? So much of everything seemed to be in a slowed down process of becoming something, and yet I was not able to tell what that something would be.